Home Office ‘ignoring offers to give homes to child refugees’ 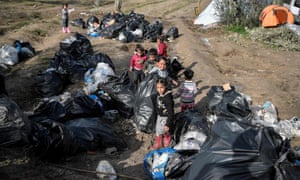 The Home Office has been accused of ignoring more than 1,400 offers from local councils to house child refugees, prompting criticism that Boris Johnson’s government is defying its obligations to offer sanctuary to vulnerable minors. Councils across the UK have volunteered to take hundreds of unaccompanied children from across Europe, the Middle East and Africa. However, numbers of arrivals are said to be “pitifully low to nonexistent”.

Wiltshire, Leicestershire, Brighton and Hove, along with the London boroughs of Islington, Hammersmith and Fulham, and Lewisham have each pledged to take at least 100 children, according to charity Safe Passage.

Birmingham has offered to support 80 more minors, Bristol 60 and Leicester 50. More than 400 of the offers come from Conservative-run local authorities, 950 from Labour councils and the remainder from SNP and independents.

It is estimated that about 200 child refugees are living in terrible conditions in northern France, with thousands more trapped in Italy and Greece, where camps are vastly overcrowded and conditions are described as dire. Many are eligible for transfer to the UK. 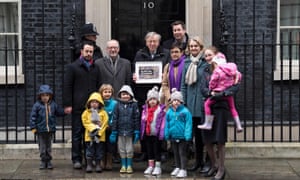 The claims of Home Office resistance to the councils’ offers comes after Johnson told parliament on Thursday he was reducing legal protections for refugee children in his new Brexit bill. The legislation, passed last week with a majority of 124, jettisons a commitment in EU regulations that secures safeguards for asylum-seeking minors in Europe who want to reunite with family in the UK.

The commitment was in the original withdrawal agreement bill after a campaign led by Labour peer Lord Dubs, who fled the Nazis via Kindertransport when he was six.

Last night Dubs said: “It’s miserable. Safe Passage have found quite a few local authorities that are willing to take children. We’re talking about a basic principle here. It’s extremely mean and lacking in humanitarian instincts for the government to keep pulling back on this.”

Beth Gardiner-Smith, chief executive of Safe Passage, said the Brexit bill “placed vulnerable child refugees on the negotiating table” and meant more lone children would be forced to take huge risks trying to get into the UK.

“This action is all the more inexplicable because we know there is broad public support for helping child refugees,” she said.

Gardiner-Smith added: “Instead of scrapping what few protections there are in place, the government should be focusing its energies on working with councils to ensure there is adequate funding to fill those 1,400 places and offer hope to hundreds of children stranded across Europe.”

The pledges have been made by councils under the Home Office’s Vulnerable Children’s Resettlement Scheme (VCRS) on the proviso that full funding is in place, with a common complaint being that the central government money available is insufficient.

The only available data indicates that just 20 unaccompanied minors have been allowed into the UK under a scheme begun more than three years ago to resettle 3,000 vulnerable refugee children from conflict zones in the Middle East and north Africa.

Separate figures also reveal a sluggish take-up under the Dubs amendment, launched in April 2016 and geared to allowing unaccompanied child refugees from Europe into the UK. MPs and campaigners hoped the Dubs scheme would resettle around 3,000 children but ministers controversially set a limit of 480 with the Home Office yesterday not specifying how many have since been transferred.

“It was limited because they said councils hadn’t find more places but since then Safe Passage has discovered there are quite a few local authorities who’ve come up with more places. The government is trying to shut down the scheme on spurious grounds,” said Dubs.

Charities said they had detected a hardening of the Home Office approach to child refugees even before the bill was unveiled.

Clare Moseley, founder of Care4Calais, said: “It’s become absolutely horrible, I do not understand how it can be this hostile, how our country can behave like this, how they keep saying no to this.”