'Nobody saw me': why are so many Native American women and girls trafficked? 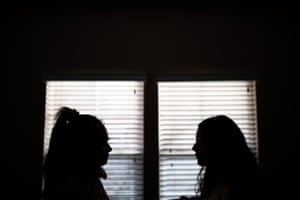 Eva was found at dusk in late December 2016, standing in an Albuquerque parking lot. The 15-year-old Navajo girl had been missing more than two weeks when her grandmother got a call from the Bernalillo county sheriff’s office – saying her silver Ford truck had been recovered.

“I don’t care about the truck, what about my granddaughter?” Heidi demanded. 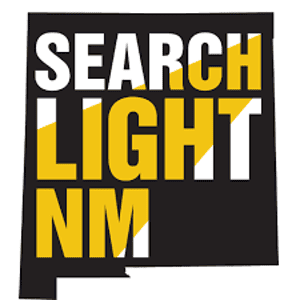 She drove three hours, from her house outside Gallup, and arrived a few minutes after 1am to see Eva emerge from the juvenile holding area, quiet and hunched. Her cheeks and neck looked skeletal. She kept her answers short and rolled her eyes. A familiar pattern was unfolding.

Back in the car, Heidi locked the doors. Give me my phone, Eva said.

Eva was among the thousands of human trafficking victims targeted and exploited in the US every year, of whom only 10% are ever identified. In New Mexico, a mere 160 cases have been opened since 2016. But, while Native Americans make up about 11% of the state’s population, they account for nearly a quarter of trafficking victims, according to data compiled from service organizations.

A 16-month investigation by Searchlight New Mexico has found that when it comes to human trafficking, indigenous women and girls are the least recognized and least protected population in a state that struggles to address the problem. An almost total lack of protocols, mandated training and coordination among law enforcement systems and medical institutions has ensnared victims in ongoing cycles of exploitation.

That includes Eva, who, by her own recounting as well as notes from medical personnel, caseworkers and therapists, was systematically lured, coerced, threatened and traded for sex for money, drugs and favors over a two-year period. Her name, along with those of her family members, have been changed for reasons of safety and privacy.

Eva showed many of the warning signs of someone who has been trafficked. She was anxious, depressed, mute and had little sense of time. She was frequently reported missing, appeared malnourished and occasionally bruised. But despite multiple brushes with law enforcement agencies and healthcare institutions, she was not once questioned or screened for human trafficking.